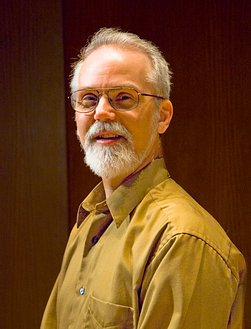 Fred Stride has been an active professional musician in Vancouver, Canada for more than 40 years. A graduate of the UBC School of Music (1976), Fred also studied briefly in Los Angeles with Dick Grove at the Dick Grove Music Workshops. On his return to Vancouver Fred began his career in earnest, playing trumpet as well as arranging music for various projects and ensembles. His skills soon brought him in contact with many prominent Vancouver band leaders including Bob Hales and Dave Robbins. Fred also spent about 10 years working closely with Tommy Banks on various television and theatre projects in both BC and Alberta, including the 1988 Calgary Winter Olympics.

As a trumpet player Fred performed a wide range of gigs including concerts and shows with local and visiting entertainers and recording for both radio and television. During his trumpet playing days Fred also worked with local ensembles led by Bob Hales, Tommy Banks, The Wildroot Orchestra, Dave Robbins, Ray Sikora, Hugh Fraser's Veji, Gary Guthman, Allan Matheson, the Stride-Bjerring Band as well as many other Vancouver based groups. Fred also had the good fortune to play his horn on a few very memorable jazz concerts with visiting artists such as Louie Bellson, Kenny Wheeler, Ron Collier and Muhal Richard Abrams.

Despite Fred's trumpet playing background it is his writing for which he has become best known. Equally at home arranging or composing, a few arranging highlights over the years have been: "The Music of Hoagy Carmichael" with singer Dee Daniels (CBC Radio), a pops show with the Winnipeg Symphony, the cd recording "Showboat" (CBC Records), "1936: A Year and its Music" (CBC Radio), "Jazzy Bassoons Theme" for CBCs Disc Drive, "The Jazz Composers Suite" for the Curio Ensemble, a Paul Anka TV series (working with Don Costa), symphony shows for singer Almeta Speaks and The New Orleans Connection, recording with Aerosmith, the musicals "Unforgettable: The Music Of Nat King Cole" and "The Apprenticeship Of Duddy Kravitz," the Vancouver Symphony and CBC Orchestras, the Wildroot Orchestra and the 1984 Papal Visit to Vancouver.

Fred has now set aside his trumpet and has been concentrating on composition. Besides writing for his own big band, The Fred Stride Jazz Orchestra, Fred has received numerous commissions from many performers and ensembles over the years including much of the music for the Opening and Closing Ceremonies of the 1988 Calgary Winter Olympics and original music for the Opening Ceremonies of Expo 86. Fred has also composed works for the Vancouver Symphony, Pacific Symphonic Wind Ensemble, several Canadian Armed Forces bands, the Brampton Concert Band, the CBC Orchestra, saxophonist Julia Nolan, french horn soloist Martin Hackleman, various high school bands and many other solo performers and ensembles. Fred’s jazz compositions have been played and recorded around the world.

Besides his busy schedule as a composer and arranger Fred is also active as a guest conductor, teacher, clinician and adjudicator. He has been the leader of several ensembles in Vancouver over the years beginning in 1975 with his first professional big band - Bandwagon. This band eventually became the West Coast Jazz Orchestra and released the lp "First Time Out" in 1984. After a hiatus Fred regrouped in 1993 forming the Fred Stride Jazz Orchestra. Besides performing Fred's own compositions and arrangements, this ensemble has also performed several classic big band scores including Duke Ellington's "Black Brown And Beige" and Stan Kenton/Johnny Richards' "Cuban Fire." Both concerts were recorded and broadcast by CBC Radio. The FSJO has also performed several times at the Pender Harbour Jazz Festival, recorded with Aerosmith and played a particularly memorable concert with clarinetist Eddie Daniels. Between 2009 and 2013 the Fred Stride Jazz Orchestra, along with singer Dee Daniels, presented concerts of Duke Ellington's Sacred Music.

Fred, who has a Master's degree in composition from the University of Victoria, also manages, "in his spare time," to teach jazz theory, jazz arranging and direct the Jazz Ensemble I at the University of British Columbia.